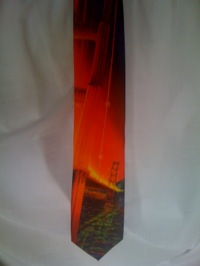 Thursday marks the last day of EclipseCon, and as the sun sets over the Golden Gate bridge tonight, we’ll all be looking back on probably the best EclipseCon ever (measured by keynotes, at least). Yesterday’s keynote, by Jeff Norris of NASA’s JPL, has already been voted one of the best keynotes of all time, resulting in a standing ovation at the end. Chris has more details on what I missed.

So, today’s keynote by Robert “Uncle Bob” Martin has a big act to follow, but he did an excellent job at QCon with his bad code slides; his presentation at EclipseCon should be just as interesting.

The tutorials are action packed today; if you don’t know about distributed version control systems (and you’ve not read my primer) then Understanding and Using Git for Eclipse is the tutorial for you. You can download the recently-released 0.7.1 and understand both how distributed control systems work, and how you can use Git. this time next year, we’ll be blogging about whether we should switch off CVS, SVN or both from the Eclipse infrastructure; so get a head start on tomorrow’s technology today. If you already know Git, then there’s plenty of other tutorials that might be interesting – such as become a bundle manager, and there’s also a sponsored talk by Amazon on AWS and the cloud with Eclipse.

After lunch brings diverse presentations such as Making DI work for you, the Social IDE, Parallel programming in CDT, and Binding EMF to existing data models.

Mylyn is covered today, with The Future of Mylyn (which seems to be a certain success whatever happens; TaskTop Pro, based on Mylyn, was voted Best RCP Application in the Eclipse 2010 awards). However, don’t miss out on Mylyn Reviews (ReviewClipse) which looks to be one of two review systems in use an Eclipse in the future (the other being Gerrit, which is based on Git and used by the EGit project). There’s also a Code coverage session for later in the day.

The afternoon includes a key session on Migrating to E4, which is going to set you in good stead after the E4 release later this year, as well as new technologies such as Scala Modules and Monkey Punching the JDT.

Concurrently with the EclipseCon presentations, there’s an OSGi DevCon Cloud Workshop, which isn’t shown on the EclipseCon sessions table. The goal of the cloud workshop is to discuss how OSGi runtimes, and bring those interested in managing and deploying over wide-scale grids.

EclipseCon will finally come to a close with the Eclipse Community Project Spotlight where the E4Rover competition will be announced; the current high score is 5214 by pakerfeldt so that you know what to beat!

I hope you all have had a great time at EclipseCon, and hope to see you there in some future year.