Hopefully everyone had a great day yesterday at EclipseCon – judging by the amount of traffic on the #eclipsecon twitter tag, everything is great!

I’d also just like to congratulate the Eclipse Awards Winners for their continued enthusiasm for the Eclipse community:

In addition, I’d like to also congratulate the EGit and JGit developer teams for the first public 0.7.1 release via the new Eclipse update site. If you’re new to Git (or DVCS in general) then I’ve written a primer on the concepts to help make the transition smoother. Please note that EGit is in incubation right now, so is not as tightly integrated as CVS is today (yet)! There’s a EGit presentation which should be a great intro for those who don’t know.

For those of you that need a map around today’s activities, here’s a guide to what to look for. 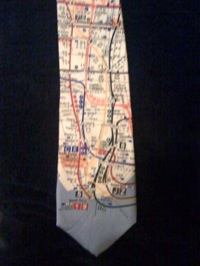 After the keynote, in which Oracle will talk about the future of Java, there’s a healthy choice of tutorials. Getting Started with Eclipse RT will be a great tutorial for those who are new to the OSGi platform, but it also covers using Jetty to build JSF pages on top of JPA-backed persistent entities. The new support for JPA in the OSGi enterprise group is great; think of it as Hibernate on steroids. If you don’t need to build enterprise applications, then Developing with Maven 3.0 will show you the future of Eclipse-based builds, followed by an overview of Nexus Pro and P2 for those that need to manage repositories.

After lunch, there’s some interesting presentations on E4 CSS and E4 Styling, which will be of interest to those looking to the next generation platform. For those developing in C, there’s a What’s New in CDT (which sadly doesn’t include Objective-C yet :-)

Those with an OSGi-oriented mind should not miss Robert Dunne’s Next Generation OSGi Shells which will demonstrate Paremus Nimble. Having seen it in action, it’s the missing link between Maven and P2. There’s also (concurrently) a Tycho Build Workshop which appears to run for most of the afternoon – presumably, as a drop-in, drop-out centre rather than a continuous presentation – so if you missed the morning’s content, stopping in here would be prudent. I’d also like to recommend the OSGi Best and Worst practices, since there’s a few common mistakes that are easy to avoid when you know about them; and if you missed out on the EclipseRT tutorial earlier (and aren’t going to the EGit presentation) then there’s a Using JPA in OSGi talk.

I mentioned yesterday about Xtext; who then went on to win the most innovative new feature. If you still don’t know what it is all about, I can strongly recommend Xtext - A Language Development Framework.

The day concludes with a few panels: The Future of App Servers; Developing at Eclipse and Build and continuous integration with Eclipse. All are great panels; it’s a pity you can’t go to all three.

Finally, for those interested in participating in the E4 Rover Mars Challenge, the top score can be monitored via the @e4rover twitter feed, or the #e4rover hashtag. Currently, the high score is Kai with 3051; sadly Don’s Chuck Noris Client’s infinte score doesn’t count, as he’s a Foundation employee. Good luck!